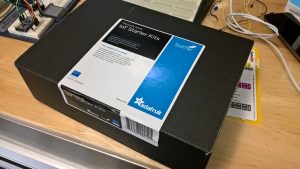 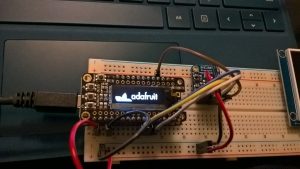 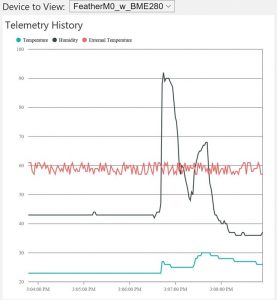 On and off, I’ve been working on a project to build a learning toy for my son.  It started out in various forms, but is now destined to become embedded within an old PS/2 keyboard I’ve had lying around unused for a good while (except as an occasional toddler plaything).  At any rate, I needed a display of some sort to permanently embed in the project, and since it will likely take a beating over time, I wanted it to be fairly inexpensive.  I ended up finding this device on Amazon, and finally received it last week. 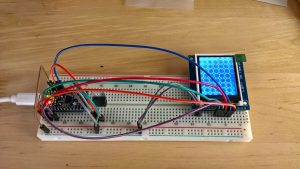 Using Adafruit’s ST7735 library, it works perfectly.  Thanks to the blog post here, I was able to set it up fairly easily.  Here, you can see it hooked up to my Adafruit Pro Trinket.  The only addition I had to make was to insert a LD33CV 3.3V voltage regulator between the Trinket’s power supply and the bread board’s power bus.  The product claims that it has a built-in level shifter, but the data sheets  have conflicting information about this.  Better safe than sorry.  Once the project is more complete, I plan on swapping the Trinket out for a dedicated ATMega328P, and will give it a lower voltage power supply also.