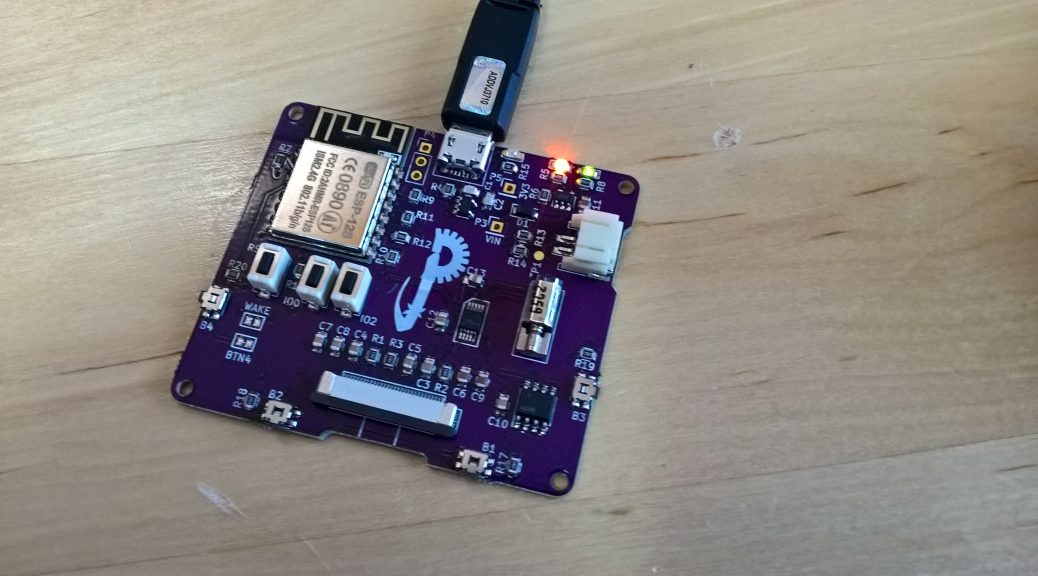 I hI’ve been working for a while now on a new project for an actual customer.  It is a pager device designed to operate on an existing Wi-Fi infrastructure.  Naturally, it has a few other requirements that are a prerequisite for something like this: a battery and a vibration motor, among other things.  Then, to complicate things further, I decided to add an ATECC508A crypto IC for security.  That particular part was inspired by Mongoose OS, who Tweeted at me at one point while I was collecting the parts I needed.  At some point, at least, I want to experiment with their OS, and I may as well use my own board to take it for a test drive.

Stencils for fun and profit 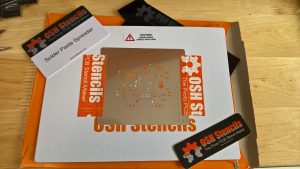 Knowing my current prototype board has roughly 40 part placements on it, and since I would be assembling the first ones myself, I decided to spring for a stencil in order to keep myself sane.  Once I finished the board layout, I sent for a stainless steel stencil from OSH Stencils.  They exceeded my expectations with an absolutely gorgeous stencil.

Once I had the boards and all the parts, it was time to assemble a test board.  It took a little over an hour to set up the jig, spread the solder paste, and tweeze each part into place.  I did the placement with the board on the skillet so that I would not have to move it again and risk jostling the parts from their positions.  Once I finished placement, I transferred my skillet to the stovetop for reflow.

As most experimenting goes, though, there are some hiccups.  On power-up, I found that most everything on the pager worked as expected–the ESP8266 module worked, and was programmable; the battery charge circuit worked (more on that later); and the motor driver and crypto chip were visible on the I2C bus.  There were some mistakes, however.

Right away (before testing), I realized I had gotten the battery polarity wrong on the connector.  I made a little test jig to test the charge circuit in spite of that.  But also, the display failed to do anything, and the connector got really hot when I powered on the device.  It was at that point, I discovered that I had misinterpreted the datasheet, and I had reversed the pins for the connector.  That discovered, I soldered a second connector on top of the first one, at a right angle and with the pins exactly reversed.  Once I did that, I found that the OLED circuit worked as expected.  Now I could just rework a couple bits of the circuit, and order new boards.  All in all, I considered the experiment a success.

Your mileage may vary

If you feel like it at this point, you can order one of my revision “A” boards at the link below with the caveats described above.  I plan to do a write-up when revision “B” is ready, however.